Champion Take Charge Brandi, who is selling in foal to 2018 Triple Crown winner Justify, possesses prized attributes in a broodmare. The Eclipse Award winner is by leading sire Giant’s Causeway and is a half-sister to Grade 1 stakes winner Omaha Beach and Group 1-placed Courage Under Fire. Her second dam is multiple Grade 1 winner and Broodmare of the Year Take Charge Lady, who produced champion Will Take Charge and Grade 1 winner Take Charge Indy, both now in-demand sires.

Purchased for $6 million as a broodmare prospect at Keeneland’s 2015 November Breeding Stock Sale, Take Charge Brandi has produced foals for three consecutive years. Her oldest is the 2-year-old Curlin colt Take Charge Curlin, an $850,000 Keeneland September Yearling Sale purchase, who is working steadily toward his debut. Her yearling and weanling are colts by Tapit.

Take Charge Brandi was the overwhelming choice among voters as North America’s champion 2-year-old filly in 2014 following a fall campaign that featured three consecutive graded stakes wins – two of which were Grade 1 victories. She proved her exceptional ability with front-running wins in the Breeders’ Cup Juvenile Fillies (G1) at Santa Anita, Delta Downs Princess (G3) in Louisiana and Starlet (G1) at Los Alamitos within a six-week span. She won five of 11 starts at five tracks for earnings of nearly $1.6 million.

“She’s a champion, unique pedigree, beautiful physical. You saw the weanling filly from the immediate family brought $3.2 million, so it’s a highly coveted family in the marketplace. It’s very rare (they sell). She was top to bottom on any metric of the way you want to measure value, she had it: pedigree, performance, champion, temperament, active family, by the right sire. Complete A to Z, first class. I got excited. I wanted to own her so bad we kind of jumped our own bid.”

“She owns the best pedigree in the stud book and loved to win races.”

- Owner Willis Horton when her retirement from racing was announced.

Carrying a member of the first crop by 2018 Triple Crown winner Justify. 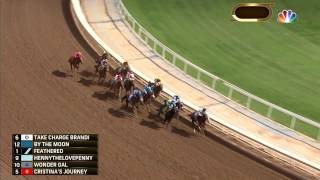 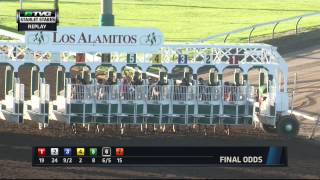 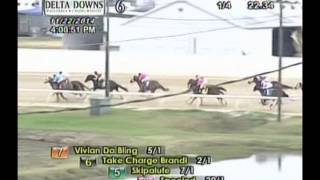 “She reminds me of Serena’s Song in her determination and natural ability. She is the complete package and has everything you look for in a great broodmare prospect.”

- Trainer D. Wayne Lukas when her retirement from racing was announced.